We need better transit in the United States! 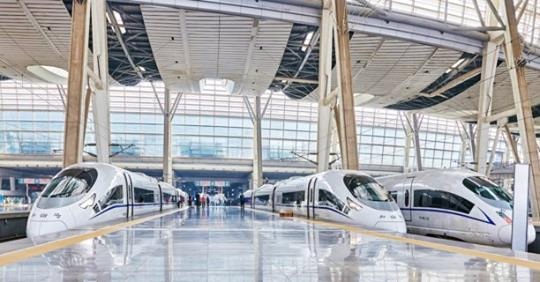 After riding China's bullet trains back and forth across the country, I couldn't help feel as if the US is being left behind, at least when it comes to transit.

During my one month in China, I started by taking planes across the country — three in total. But about halfway through the trip, I realized how dead simple and convenient the bullet trains were. I ended up taking four bullet trains in total.

The last one, from Zhengzhou to Shenzhen, covered a distance of 992 miles, or about the distance between New York and Jacksonville, Florida. The trip took a little over six hours.

The prices of the train tickets topped out around $100 from what I saw, which was the most mind-blowing thing for me. Train tickets on the only remotely high-speed train in the US, the Acela Express from New York to Washington, DC, frequently go for more than $200.

Experts have said that the reason for the lack of investment in the US in high-speed rail is its large land size and the relative distance between major cities. The lower population density in the US, when compared to China, the EU, or Japan, is also cited.

While it's hard to imagine a rail network as extensive as China's or a rail line connecting New York with Los Angeles, it seems crazy that, at this point, the best high-speed offering in China is eons more advanced and effective than its US equivalent.

"We need better transit in the United States and San Francisco! More subways in San Francisco connecting the city would be helpful to reduce the number of cars on the road. The traffic has gotten worst over the years in San Francisco. Infrastructure is not catching on. It takes forever to get anything done. US is lagging behind in our infrastructure." - Janice Lee