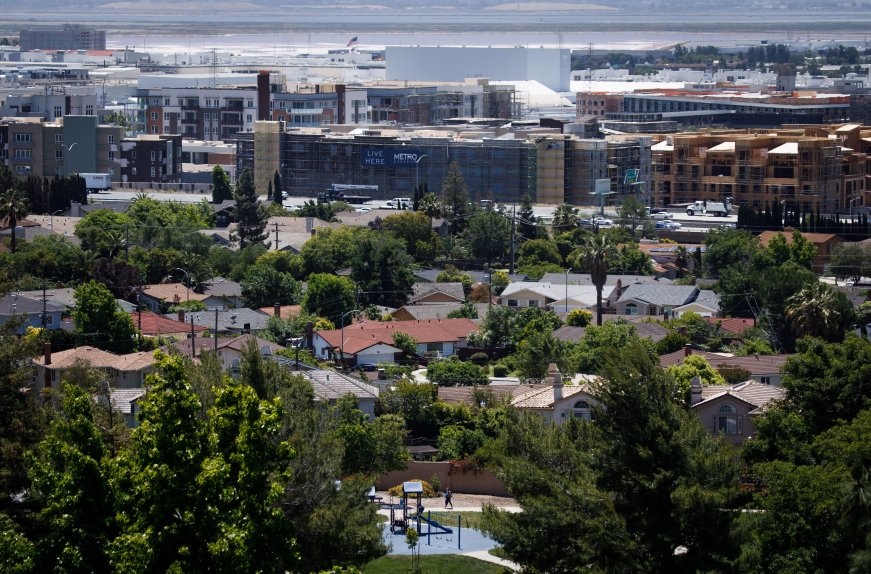 Buying a home involves sacrifices, but younger workers are pinching budgets tighter to get into a home than their predecessors.

About 7 in 10 millennial and Generation Z homebuyers say they cut spending on everything from entertainment to health care to afford a down payment, while just 3 in 10 baby boomers admitted trimming expenses, according to a national Zillow survey.

The survey highlights the growing gap between the cost of housing for young Bay Area residents and families compared to earlier generations. Millennials, generally between the ages of 22 and 38, are finding it necessary to take more drastic steps to cut expenses.

“It’s not very affordable for young buyers,” said Zillow economist Kathryn Coursolle, adding that family help is important, too. “Generation Z and millennials are more likely to get help on their down payment.”

The typical starter home in the Bay Area buys a luxury home in most other parts of the country. In the East Bay and San Francisco, a typical starter house — defined as the median value for a home in the bottom third of the market — goes for $547,000, according to Zillow. In the South Bay, it’s $736,000.

Compared to older buyers, millennials surveyed are making more sacrifices to get into a home. Younger buyers admitted to cutting and saving in traditional ways: spending less on entertainment and dining out (29 percent), picking up additional work (24 percent), and postponing vacation plans (18 percent).

By contrast, just 3 percent of baby boomers said they had cut health insurance to pay for a home.

Not all Bay Area millennials run into problems. High-paying tech jobs and double-income families mean part of the population can afford the region’s $810,000 median sale price.

Ramesh Rao, a Coldwell Banker agent in Cupertino, has worked with tech clients through years of Silicon Valley booms and busts.

Despite high prices in neighborhoods around Facebook, Google and Apple, Rao sees strong demand. A young software engineer making $125,000 plus stock options and bonuses after college can accrue enough personal wealth by the time she reaches her late 20s or early 30s to buy a home with a partner, he said.
The competition for talent between major tech companies has driven salaries up for engineers, Rao said. Many techies can afford to stay in the region, and like the ability to shop their talents to different companies and startups, he said. “The Bay Area is the perfect place,” he said.

San Mateo agent Jeff LaMont said some Bay Area tech companies provide low-cost, forgivable loans to help employees make a down payment. The loans tie workers to a company, but many are willing to accept the deal, he said.

Others find a more traditional source, LaMont said: “They’re going to the bank of Mom and Dad.”